Robin desires an imouto.
I desire anyone to join TL;DR scangroup.

Which one is more realistic?

Maybe she will grow one day…

Do you hate drawing with a mouse?
I do!

Hello, today we have another chapter. Enjoy.

🎵 Christmas, Christmas time is near
Time for joy, and time for cheer 🎵

I’ve been thinking of modifying the heroine’s journey structure a bit. The idea probably has been done in some form before, but I think it could be fairly interesting.
Instead of doing the descent of the goddess and the coming to accept her femininity aspect, what if the setting were an RPG type world, where their roles are assigned/unchangeable (doesn’t really matter). You could then go through the heroine’s journey circle and get someone who rejects their role for whatever reason then comes to accept it through certain events.
Those types of stories have been done before, yes, but I don’t recall one set with the specific structure. Could be a fun read/write.

Cleaning that last chapter of Rhapsody of Mulan has killed me.
It was so long, though sadly I can’t say it was the longest or hardest page to clean, School Shock reserves that.

Well, volume one is now over.
The author’s afterword, and the ranks/setting of the series are also being released now, enjoy them at your leisure.
I hope you enjoyed it, Vol. 2 may be coming soon to a Re:Library near you!

Gondor calls for aid!
Wait, not Gondor? What are these “readers?”
They’re calling for what, a chapter? Like a chapter of knights? A book, seriously?
Well, ehem, Readers call for a chapter of Dragon Princess!

Silva's Ranting Corner
Heya, this is Silva~ It has been a while since I last made any announcement of the sort, and a lot of ⓢⓗⓘⓣ has been catching up to me soon after I came back from my 1-week vacation. That’s why I will take this opportunity to rant in this corner for a little bit, so please bear with me and read to the end, if you care.

I’ll put them in easy to understand numbered list:
1. The Ancestor was sniped from us.

3. Relocated Nexus to Demon Sword Maiden but he failed miserably (still have to pay him for the three chapters he did)

4. Relocated Nexus to Dragon Princess (good thing he managed to do better in Dragon Princess, but a little more discipline and punctuality would be nice, had me sweating cold-buckets when he only started translating the last 6 chapters just before the deadline)

5. Recruited Immortal Dreamer as the main translator for Demon Sword Maiden and he said he’d be able to provide all the chapters by the next week, so I paid him in advance since I would be on a trip the said week (still didn’t get the chapters after I get back from vacation)

5. Zzonkedd was down with gastro and real-life events kept him busy so he was unable to provide for Knight & Elf.

7. Immortal Dreamer overworked himself to pay his bills but some of his employers aren’t able to pay him yet until the 1st week of December since their money is being managed by a different company. I agreed to pay him upfront again for the 2nd batch of Demon Sword Maiden chapters. (I have effectively paid him two months worth of chapters in advance now, both of which I still haven’t received a single chapter of)

8. Then since two weeks ago, I haven’t been getting any sign of a response from Immortal Dreamer. Now I’m just getting anxious since Demon Sword Maiden stockpile has run out. And I’m also really worried about the well being of Immortal Dreamer’s sudden disappearance.

I’ve been overthinking these past few days, thinking, what if Immortal Dreamer has overworked himself and collapsed? He had a history of being hospitalized for months due to poor health conditions, so that’s not really out of the question.

As you can see, it has been a rather stressful week for me since I came back from my vacation. I no longer have a stockpile for Knight & Elf series, and the chapters from Aurum are still pending. I also don’t have any stockpile left for Demon Sword Maiden, and still no news from Immortal Dreamer. I’m not worried that he will just run off with the money, he’s a nice guy and I’ve known him for a while, I trust him, even now. I’m just really concerned about his health.

After a nice long talk with the therapist, I’ve been advised to change my mindset to a more positive one, so while there is nothing I can do about Knight & Elf chapters but wait, I can at least look at Demon Sword Maiden in a more positive light, despite already paying the translator, so it’s still quite a bummer that I have to translate it myself, but it just means I’ll be back to square one, just like the time with only me and Sigma. But this time, it is me and Nexus. I will be translating Demon Sword Maiden, while Nexus will translate Dragon Princess, then I will do the translation check for Dragon Princess, and publish these chapters as usual. So yeah, nothing has changed, it’s just the same old pattern until either Immortal Dreamer gets back to us or I find a new translator for Demon Sword Maiden in the worst-case scenario.

Once again I am here to fill a box with I don’t know what…
hmm…
Have you heard the spherical cow joke?

Milk production at a dairy farm was low, so the farmer wrote to the local university, asking for help from academia. A multidisciplinary team of professors was assembled, headed by a theoretical physicist, and two weeks of intensive on-site investigation took place. The scholars then returned to the university, notebooks crammed with data, where the task of writing the report was left to the team leader. Shortly thereafter the physicist returned to the farm, saying to the farmer, “I have the solution, but it works only in the case of spherical cows in a vacuum.”

It is very funny.

On another note, it’s about time for me to clean more Rhapsody of Mulan chapters. If there’s interest in watching (kinda boring unless there’s a hard sfx or something), I guess I could stream it in the Discord…

Hmm…
You should read School Shock and Rhapsody of Mulan…

If there’s enough interest in it, I may stream the cleaning of the Rhapsody of Mulan chapters in the discord.

So, silva’s back from his vacation, so that mean Rhapsody of Mulan ch.8 is out now. Or will be, depending on timings and stuff.
I also spent way, way, way too long making a fancy status window display and generator for the imoutocon Robin’s Another World series.
Enjoy more cooking, I guess? What is with these isekai and cooking? 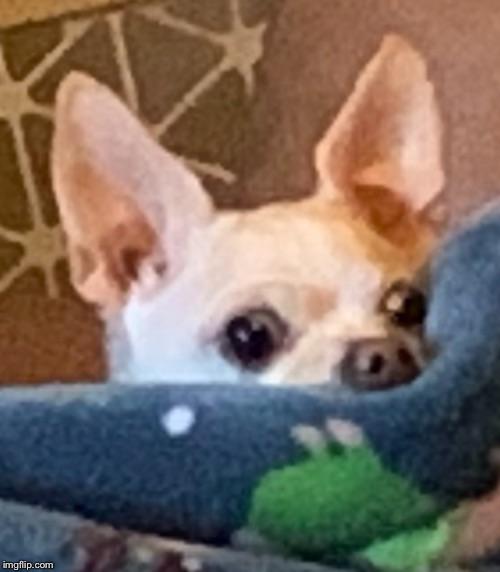 If you’re a translator and looking for a scanlation project, check the posts for Dragon Princess 29 and 30.

So, timezones are a thing.
Enjoy the chapter!