After a few minutes, Aries finally stopped crying. Since he was no longer crying like a baby, it should be possible to converse with him now. But before that, since Aries had once more become my familiar, I could now view his status window. I needed to check his abilities.

Hm…His values were higher than I remembered.

His HP used to be 68,000. He had obviously grown. This guy had been working hard for the past two hundred years. Even so, his values were still very average. This was due to my all-rounded training that resulted in his overall average values.

By the way, these values were the result of using ability boosts. Without ability boosts, his status values would be around 1,000 to 1,500. This guy was a production-oriented monster, and not a combat-oriented one. Frankly, his true purpose was to produce wool, and not to fight. I was the weird one to forcefully make him fight.

“Now then, have you calmed down, Aries?”

That face with the teary eyes and blushing nose did not look like a guy at all. I wasn’t into traps, so I didn’t think much of it. But Dina, who returned unobserved, was smiling brightly.

She, who was disgusted by the orcs, seemed to find his appearance appealing. After seeing him, she gradually came to like it… Or perhaps, did she work diligently for me because she liked my appearance?

“I’m not good at elaboration, so I’ll make it simple. I’m currently on a journey to recover the Twelve Heavenly Stars, and one of them is right before me. No need to say anything, just follow me. I won’t accept any objections.”

Originally, I intended to let the Twelve Heavenly Stars return to the tower, but it was a significant distance away from here. Or rather, if I let this guy go back alone, he would definitely become a lost child. He was an excellent party member, and could make himself useful, so I decided to let him come along.

Well, Aries was very happy too, so this seemed to be the correct decision.

“Let’s work hard together, Ruphas-sama! And…that stranger over there, please take care of me!”

Dina froze as if traumatized.

Ah, hm. Traumatized by being addressed as a stranger.

I was the same as Aries. When I first met her, I forgot about her and asked, “Who are you?”. Dina recovered quickly to meet Aries’ eyes again, and smiled. No, if one looked careful, her veins had obviously popped.

“Aries-sama? Have we not met before? Right? I was always in that tower.”

At Dina’s prompting, Aries seemed to have remembered something from the distant past. After a while, he exclaimed, “Oh! Are you that person who have a weak presence and constantly blends into the background?”

Dina was traumatized once more as I looked at her crying face.

Ah, it couldn’t be helped. That was Dina for you. Because in the game, she was really part of the background. She never made an appearance, and her abilities were never mentioned. If she wasn’t so lively in this world, I wouldn’t even remember her.

“I’m so surprised! You can actually move out of that place.”

“You can even talk!”

“Ruphas-sama! This kid is unabashedly saying cruel things with a cute face!?”

Pitiful Dina. If she had such talents and liveliness two hundred years ago, she wouldn’t have been treated like this. Or rather, why was she considered part of the background back then? Was she a quiet introvert in the past?

A person could change in two hundred years… But I felt she would have changed too much. Anyway, it was too pathetic. I should put an end to this quickly.

“Aries. Dina has been supporting me since my return to this world… Don’t bully her too much.”

“Eh? This…I wasn’t bullying her… I was merely speaking my mind.”

Ah, so that was it. Aries was just innocently honest. Well, it seemed like Dina would be troubled for a while.

“—And so Aries has been successfully recovered. While I was at it, Mars of the Seven Luminaries has also been defeated. Be at ease.”

“…The hardship we went through these few years…”

After recovering Aries, I revisited Megrez’s house in the noble’s district. I was wondering how to get past the guards, but it seemed Megrez already told them to let me pass when I visited previously.

Aries simply looked too different in his humanoid form. Nobody would associate this feminine youth with a giant sheep that was over one hundred meters tall. Well, I was the one responsible for setting his appearance like this.

“What about the monsters?”

“I tamed all of them. They won’t attack anyone unless provoked.”

“The monsters in that castle numbered several hundreds… The overlord’s leadership has not weakened after two hundred years. This is really scary.”

Oh sorry, it had probably weakened, because I was different on the inside. But it could not be said, so I frantically bluffed through this with a confident laughter.

“What would you do next?”

“Of course, I will recover the Twelve Heavenly Stars, then…”

I was unfamiliar with the geography of this age. I knew of the map in the game, but after my empire was destroyed, the heroes rebuilt new nations over it. Better let Dina to continue with her explanations.

“The next destination is the Black-Winged Royal Tomb. It is about five hundred kilometers away from here, and is guarded by one of the Twelve Heavenly Stars, Libra of the Scales.”

“The name seems to indicate that it’s my tomb.”

She was probably the most powerful golem in X-Gate Online.

Her construction materials were gained by defeating an event boss. There wasn’t a second Selection Scales in the game. She was then created by Mizar (cash player), who was a Level 200 alchemist, before transferring to me. Therefore, she was of a higher level than I could have created.

I mentioned previously that the quality of the materials could increase the level cap of the creation. The Selection Scales allowed the level to be capped at 1,000. Since her creator Mizar was a Level 200 alchemist, the formula would be 1,000 ÷ 2 + 200. In other words, the golem could reach up to Level 700.

(Golems were considered items, so they could be traded.)

Adding the rare item orichalcum (cash item) would randomly increase the golem’s level by ten to thirty percent. Luckily, her level increased by +210.

In other words, Libra was a Level 910 golem. What Mizar and I created was essentially a super golem. There was still a rule that it could not exceed the master’s level, so she would weaken if used by a low-level player. This was not an issue for me since I was at Level 1,000.

By the way, Libra should the strongest among the Twelve Heavenly Stars in terms of offensive power…Sometimes even stronger than me. After all, she inherited the unique skill of the boss Scales of the Goddess, which we fought to gain the aforementioned Selection Scales.

The Scales of the Goddess was a gatekeeper in Alovenus’ Sanctuary, a super difficult dungeon. It was very challenging for players. This scary gatekeeper wiped out weak players without fail, using a fatal skill called Brachium.

Its effect was—penetration of defenses and auto-hit with fixed 99,999 damage.

Naturally, this was not an attack that normal players could withstand. Flügels and vampires, with their naturally high statuses, normally had around 70,000 HP at Level 1,000. Thus, this terrifying attack could only be endured by players who used a lot of ability boost potions. Except for top players, everybody else would be wiped out. Even Megrez, a specialized rear-guard with lower HP, would die from this attack.

If one cannot pass through this stage, one would be disqualified from meeting the goddess, so it was extremely harsh. The entirety of the event involved defeating the gatekeeper and clearing the insanely difficult dungeon to meet with the goddess for reward.

Yet this golem had such a ridiculous skill. When used by the boss, it could be fired repeatedly. Although the skill had been reduced to once per twenty-four hours, it was still a threat. I remembered it clearly. When used as a preemptive strike, this skill could wipe out the opponents and induce fear even in allies.

The problem is…the computer’s AI was lousy. Once the skill recharged, the AI would use it even on grunt enemies, resulting in the inability to use the skill when it was really needed.

Ah, I believed this game-breaking skill was obviously the fault of administrators who failed to balance the game properly. It would probably be patched in the next update, but the final battle happened before the update and I arrived in this world.

So she was the guardian.

I didn’t know why anyone would rob my tomb, but if she was there, it would all end in tears. In the current world, probably nobody besides Levia could break through.

“I have also heard about Libra. She would mechanically and unconditionally eliminate anyone coming to the top floor. Some tried to negotiate with her, but it seemed to have failed.”

Megrez said in a troubled voice and sighed. I thought that was at least better than going on a rampage like Aries, but it seemed this wasn’t the case for Megrez?

“Then, if we just leave her alone… By the way, why are so many people trying to rob my tomb?”

“There is a problem. Over the past two hundred years, not only are our people weakened, even our weapons and equipment have degraded. Especially legendary-grade magic swords and armors. These were virtually lost in the battle against the Demon King. The only ones left are those kept in your tomb.”

Legendary-grade weapons. It seemed only greed for rare weapons could make players so persistent. Many items and weapons, especially those from events hosted by administrators, were often otherwise unobtainable and therefore very expensive.

“Currently, for the people pressured by the demons, these items were the stuff of dreams. The tomb has its dangers, but the weapons stored there could potentially turn the tide for our people… However, thanks to that golem, nobody could acquire them.”

Indeed, it must be that idiotic skill with fixed 99,999 damage. Its only weakness was being limited to a single shot. However, the people today probably needed to put their lives on the line just to get to the top floor. In the crowded area, they probably all died instantly from the massive damage.

“Hmm…I can’t blame her, although she really is causing trouble for people. From my perspective, she is a loyal subject who protects my legacy after I left. I have no reason to admonish her.”

“I understand. If it is possible, we would like to have any unwanted things you could spare from the tomb, after you retrieved Libra. I know this is a shameless request.”

Still, it was really weird for the tomb owner to agree to a request to rob her own tomb.

In any case, I decided on the next destination.

It would be unreasonable to not comfort Libra who had been working without rest for one hundred ninety years. 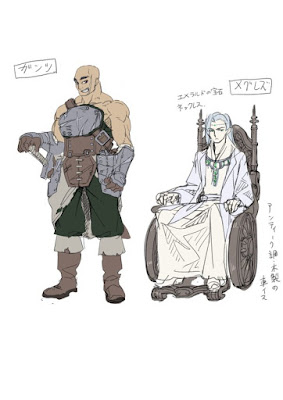